Almost all blanks cut and used by Australian Classic Rifle Stocks are cut from European Walnut, Juglans regia, grown "Down Under". There is no uniform grading system for walnut, which can be frustrating. The below grading system has been used by myself for some years and a very similar format was popular here beforehand. At present I see no reason to change it. To help clarify the system, a photo gallery of sample blanks from each grade shows examples of blanks from each grade.

Please note, any grading system is subjective. Price is the ultimate grading system. Within each grade there is a sliding scale of pricing, which is affected by 1) the background colour of the blank; 2) the amount of colour contrast in the blank; 3) the amount of figure (fiddleback, burl, birdseye etc) in the blank and 4) the quality of the blank from a stock makers perspective. While I don't use blanks I don't consider acceptable for the job at hand, the better the grain flow, texture, density etc for the chosen job then the higher will be the price of the blank within it's grade. Blanks I've cut generally come from two main regions in Australia. One produces blanks noted for being heavier than the norm and they make fine stocks for heavier recoiling rifles. The other area produces lighter weight, yet firm textured and fine pored walnut - which is very difficult to find. Note that walnut is a very variable wood, so there are always some exceptions to these generalisations. I only offer blanks of suitable density, grain flow and texture for the job at hand, no matter the grade.

ACRS cannot compete on pricing of young, force-dried imported blanks so commonly seen - and have no interest in doing so. I cut the blanks in a country where vast distances and economy hinder profitable production. It's hard work, and there is a huge lag time in seasoning. I do it because I guarantee my own supply of quality stock blanks  - not to generate raw blank sales.

In the lower Grades customers are paying for utility first and foremost - not beauty. Cheaper blanks are plain and show fairly even colour(s). Consider that I have already taken the time to cut, store and season the blank the "ACRS way" for at least a decade, and then will make my best choice of blank for you. The probability is that a decent stock maker will be a far better judge of the suitability of a blank for a particular job than the vast majority of customers. Taking representative photographs and presenting a range of blanks and associated communications takes quite a bit of time. Often the time taken to do this amounts to a considerable portion of the value of a plainer blank, and sometimes multiples of it. In the lower grades, raw blank pricing does not factor this extra work into the price of the blank, nor is this time ever factored into the price of machining a stock from a blank. In the lower grades, ACRS provides personal blank selection strictly as an extra cost option, with the time taken to do so charged at an hourly rate whether in-person or by other means.

Higher grade blanks are not only of equal utility in service as the lower grades - they are also much more variable in their appearance and show a greater variety of contrasting colours and figure. In the case of ACRS offering a pre-machined stock for sale, the cost of the labour of providing personalised selection is deducted from the job, because that service has not been provided. This is why such stocks appear discounted to many people when I advertise them for sale.

X Grade blanks are "white" in colour, or predominately white in colour. Note this white wood is not sapwood, and it shows some variation in actual colour shade. The nature of European walnut is that many trees produce white wood in abundance. I've milled mature trees over 5' diameter that were "white" all the way through. X grade blanks make good sound stocks with the benefits of the superior qualities of European walnut, without the expense. For a budget working rifle build, X Grade blanks can make a lot of sense. The blanks respond to good staining techniques very well. When staining, the "white" colouration can be used to advantage in that the stock can be stained just about any desired colour.

X Select Grade blanks are white walnut blanks that hold a pleasing amount of figure, most commonly fiddleback ("tiger-stripe"). Properly stained, these blanks make for some truly stunning stocks. See the gallery below, for an example of a stained "X Select Grade" blank. The gallery shows only X Select grade blanks, the standard grade blanks being plain in colour and mostly devoid of figure. 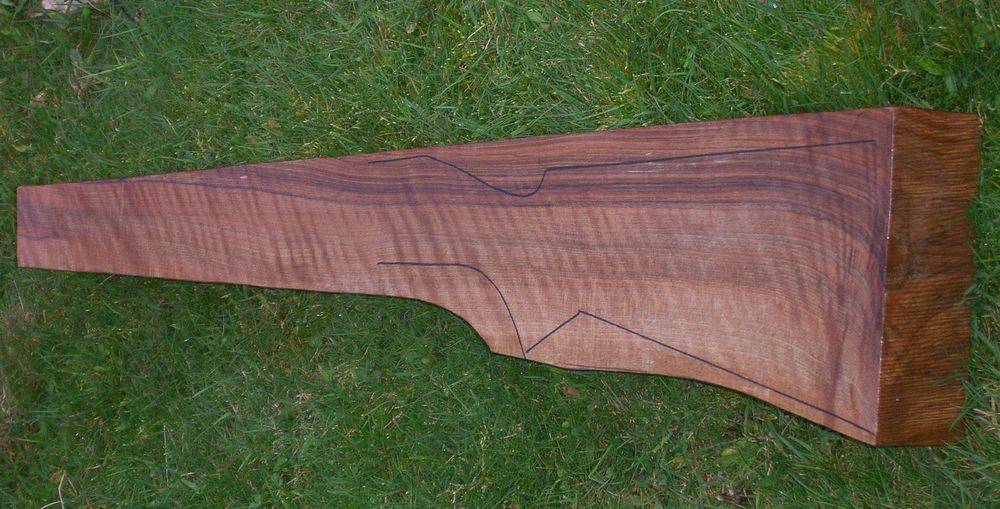 XX Grade blanks are of even, solid colouration being from a honey/whiskey colour and darker. They have either no figure or colour contrast - or a minimum of such. They are plain blanks, solid and well seasoned and make very fine "working rifle" stocks. These blanks show the quality of workmanship - there is no flashy figure or colours to hide behind. Good stock makers are masters of taking such blanks and turning them into a showpiece despite their plain appearance. 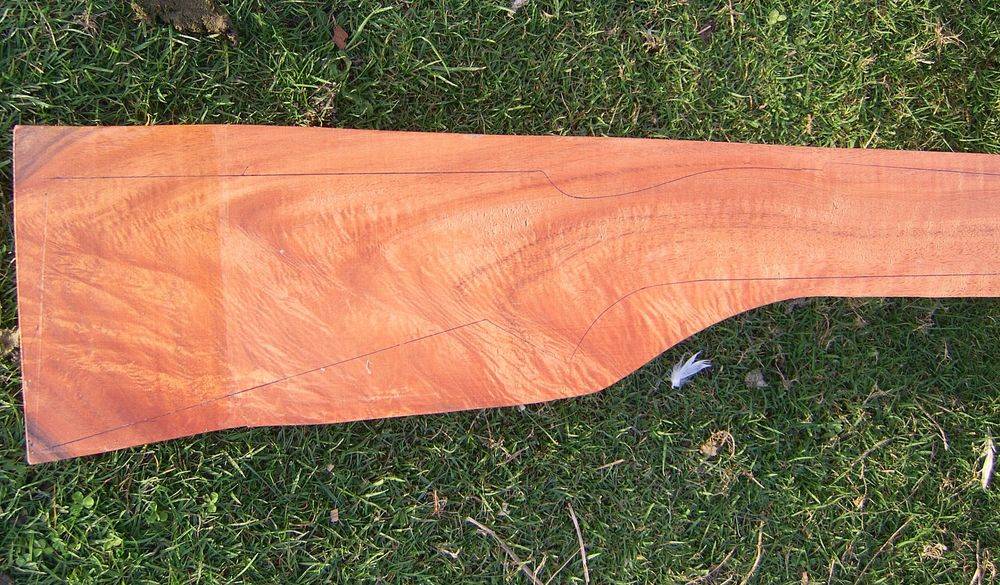 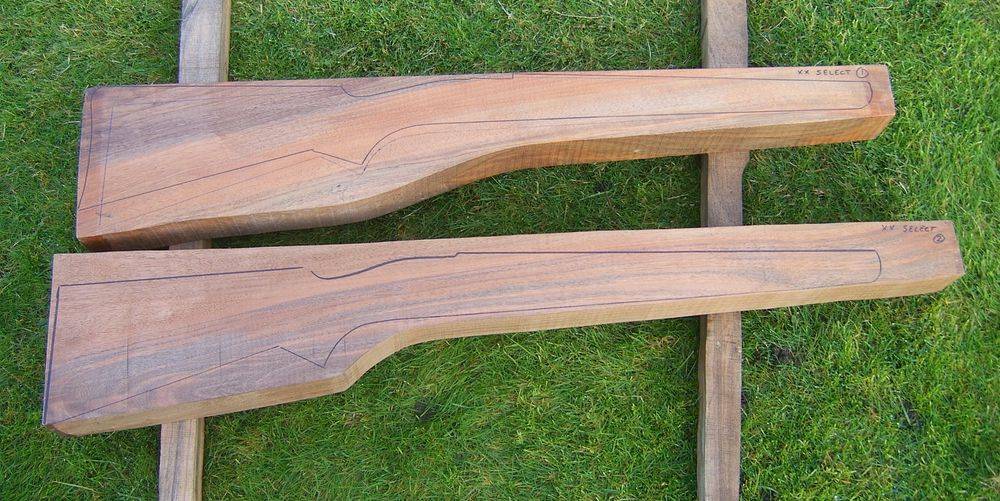 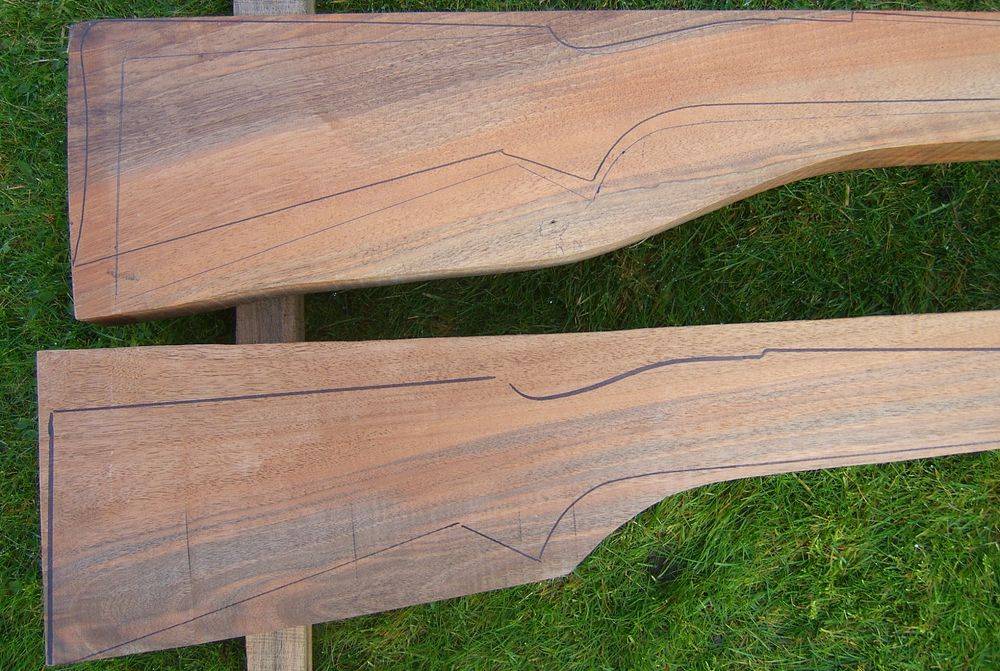 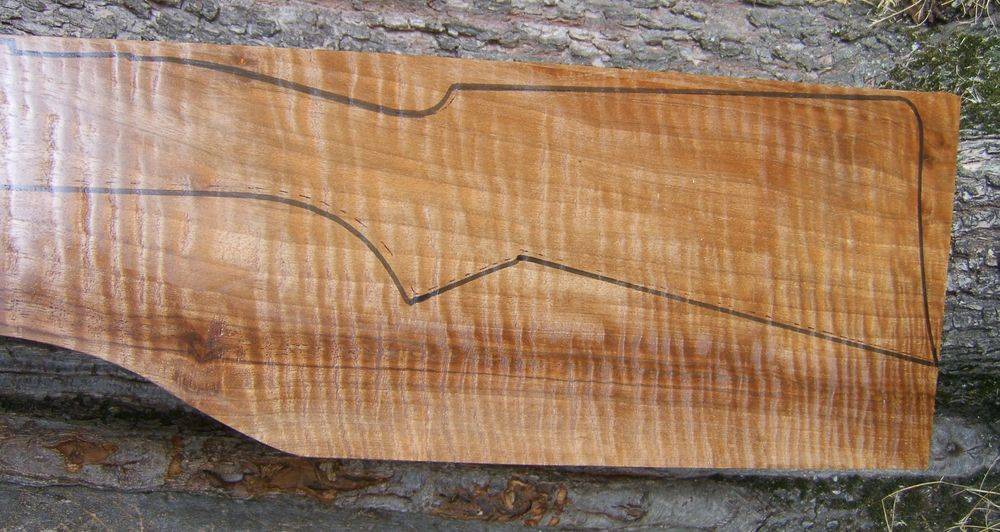 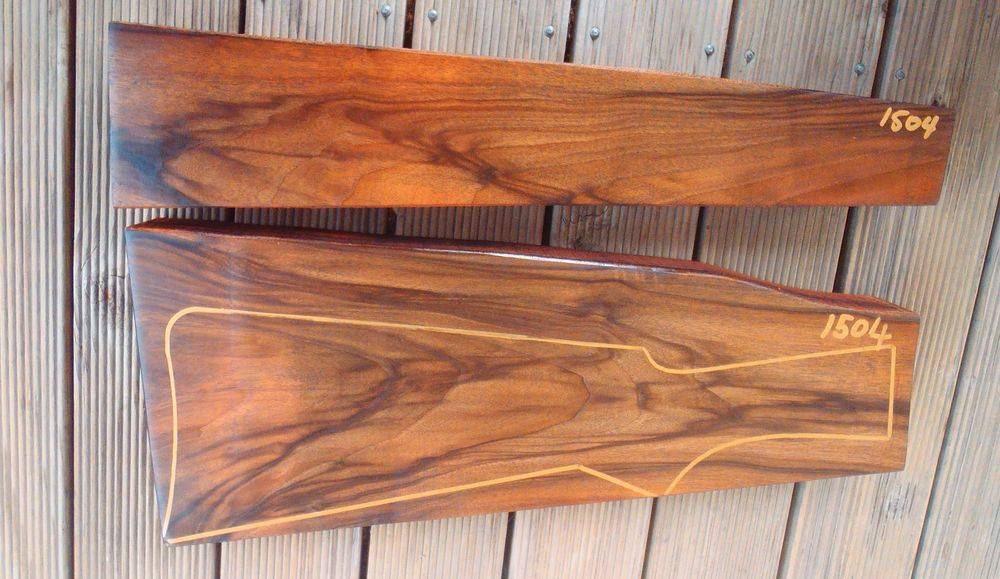 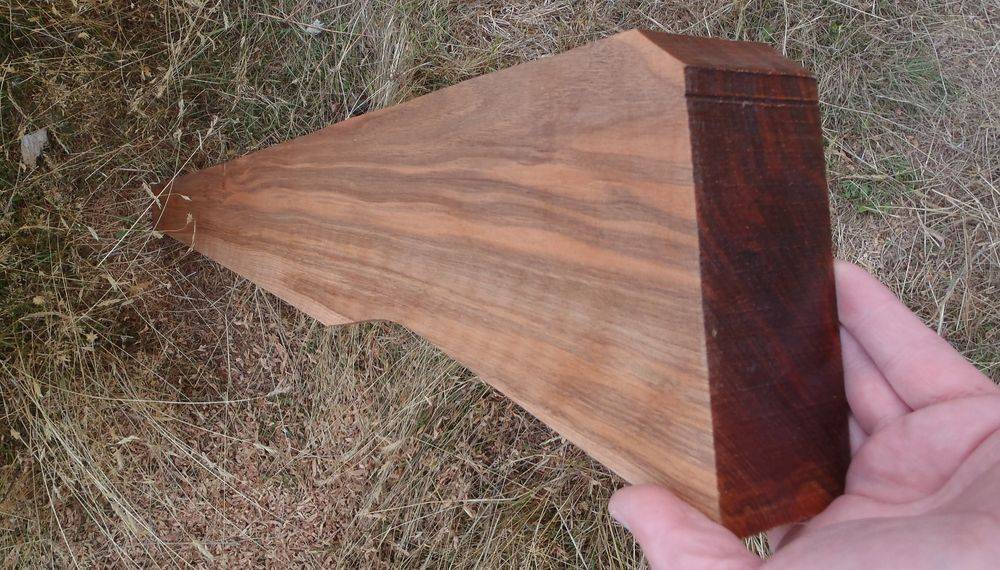 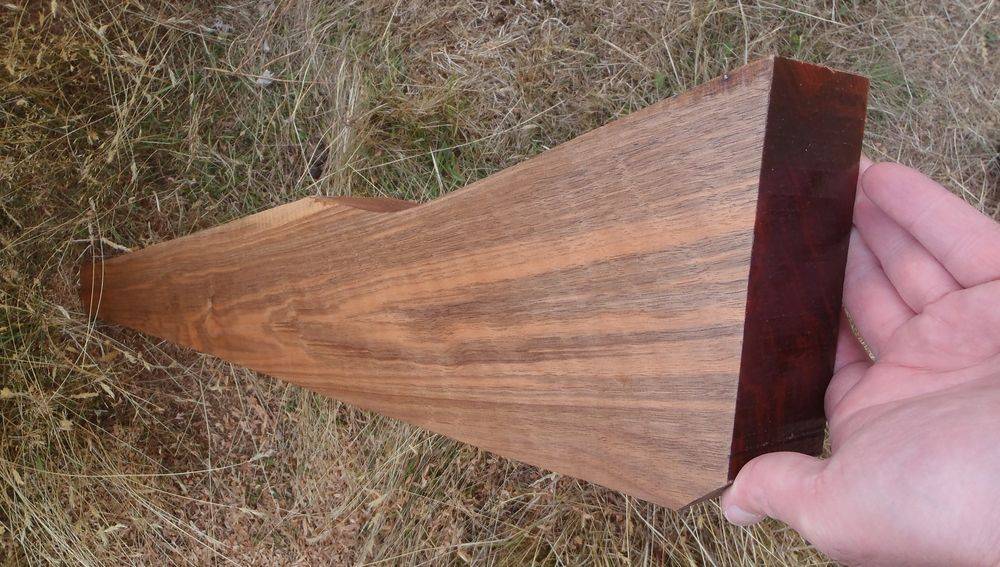 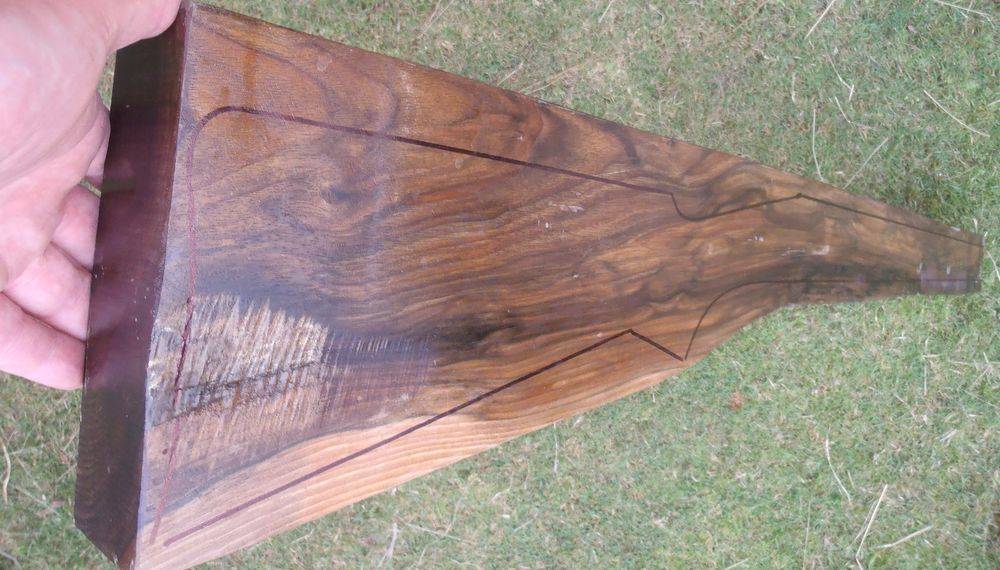 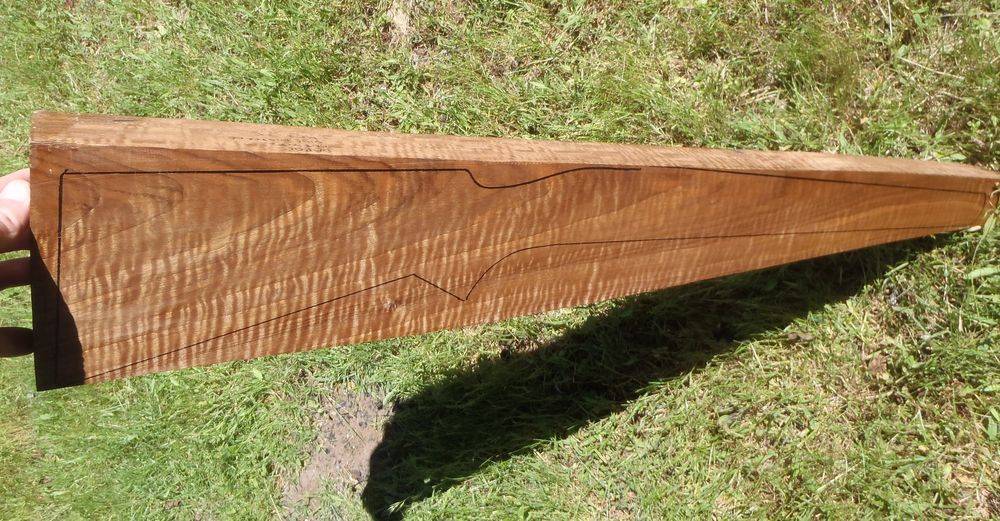 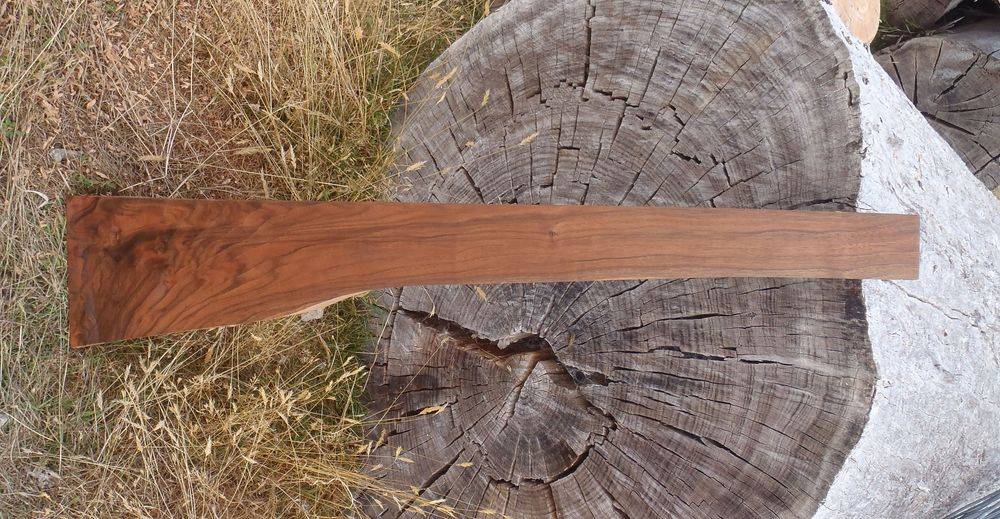 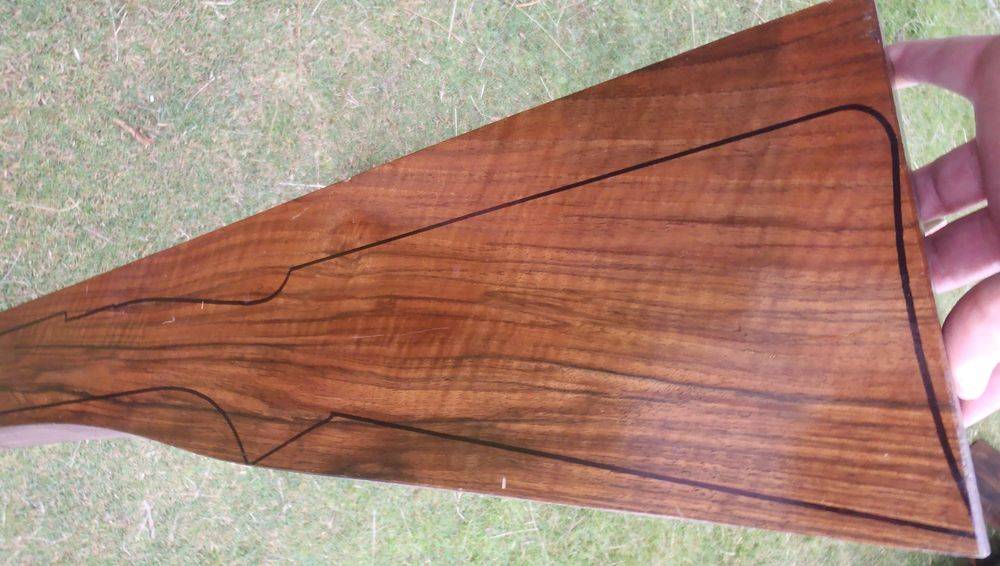 Exhibition Grade blanks are approximately the top 5% or so of blanks cut. They are very difficult to recover, mainly coming from the root boule and crotch areas of the tree, which is also where the tree forms the most flawed wood (such as bark inclusions). Wood laid down under great compression and tension is difficult to season to yield a sound, flaw free blank and for the blank to be stable a long seasoning process is required.

Select Exhibition Grade Blanks are the best of the best in grain flow, texture, pore size, density etc, and which also have outstanding colours, colour contrast, and/or figure. Expect to pay for rarity.

Expect also that exhibition grade blanks are tightly held. There is a growing trend to inordinate marriage of really fine blanks with lesser grade metalwork that I do not support - the blanks are just too rare. Ditto workmanship. 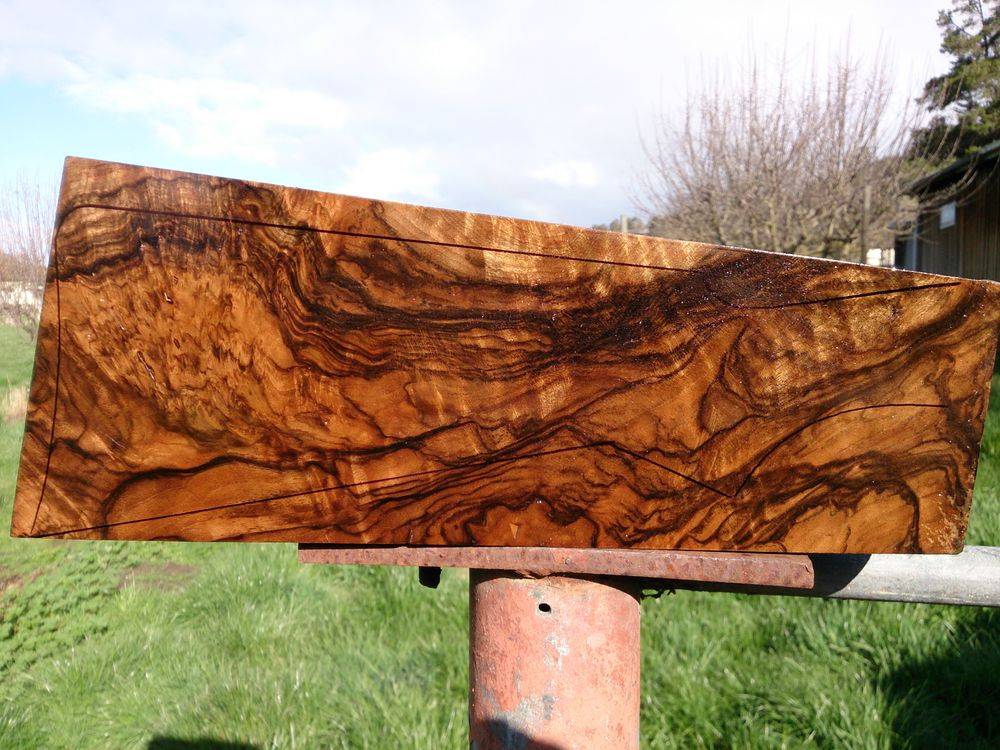 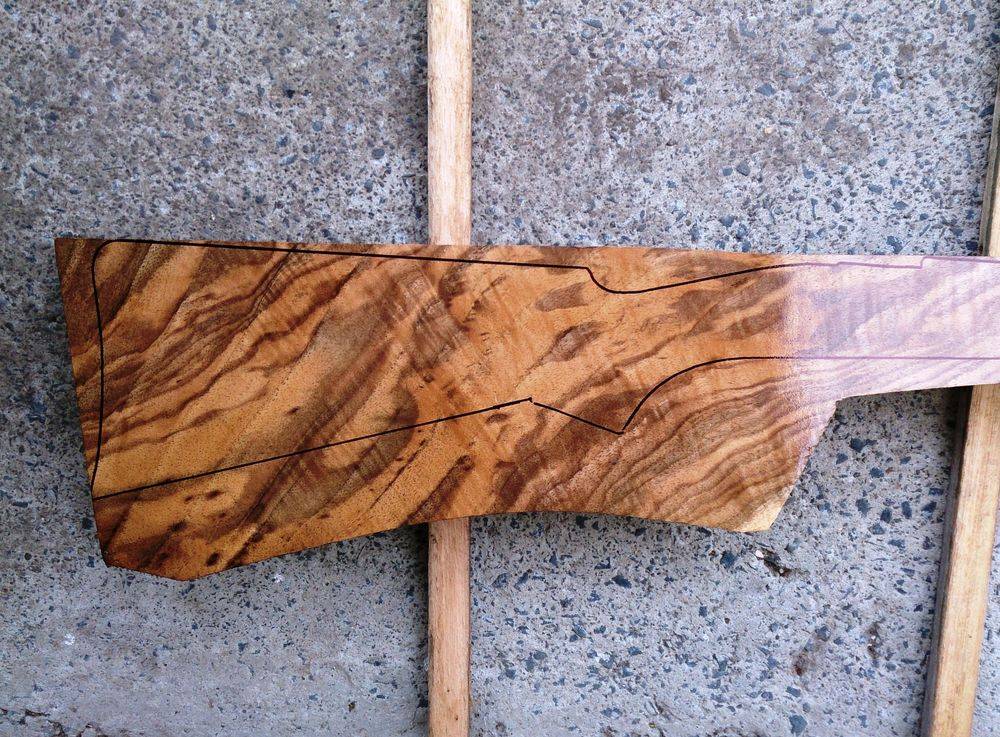 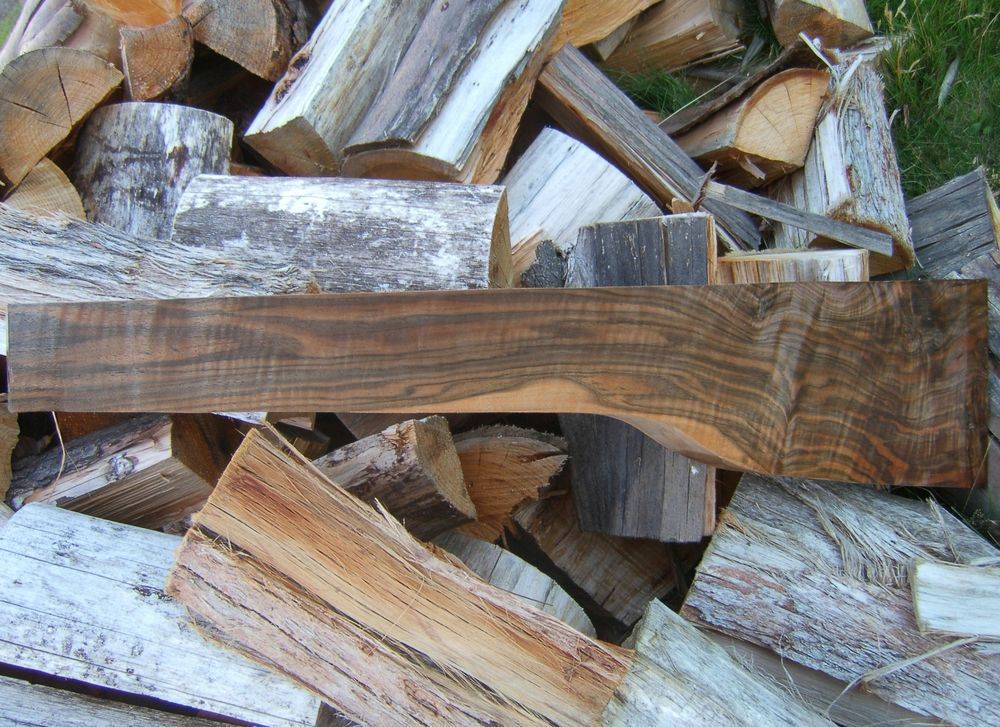 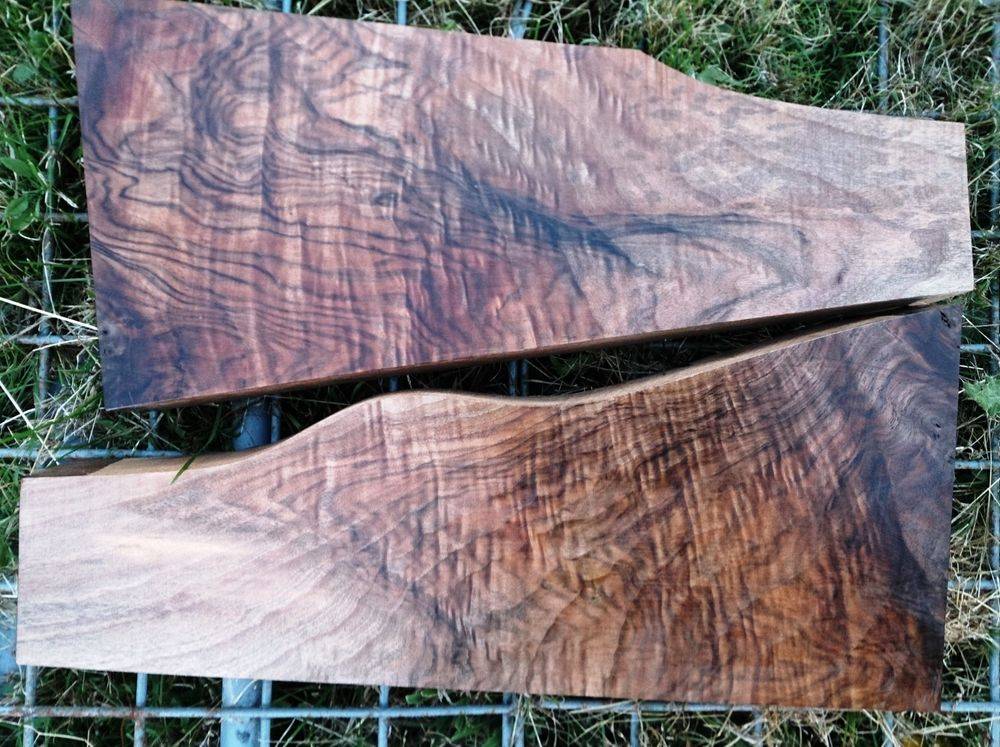 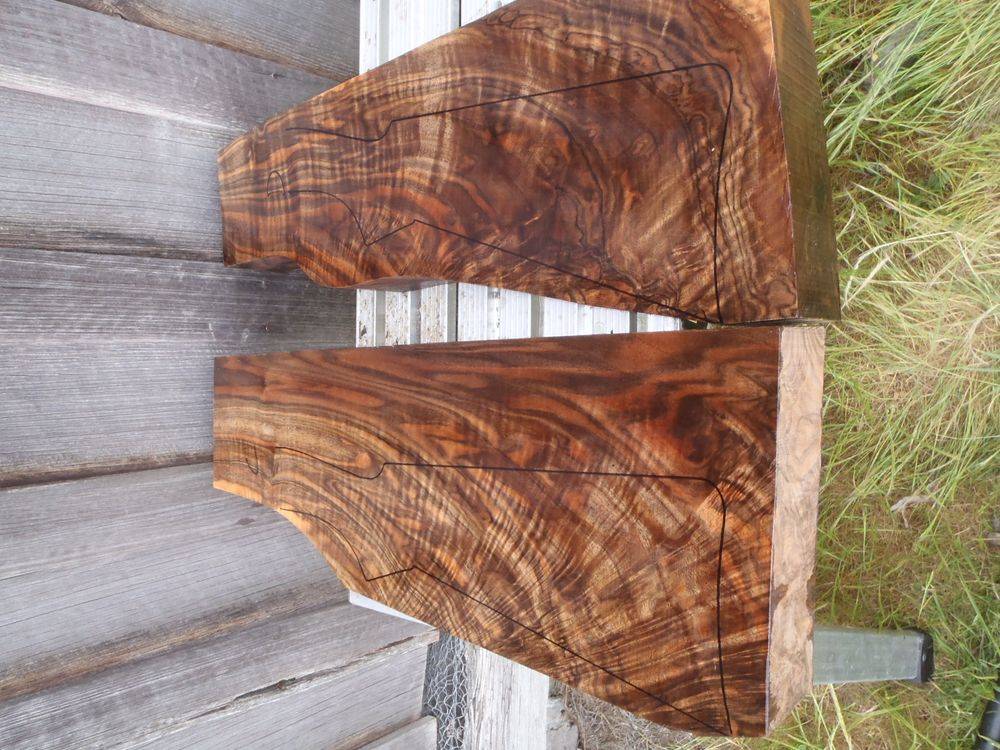 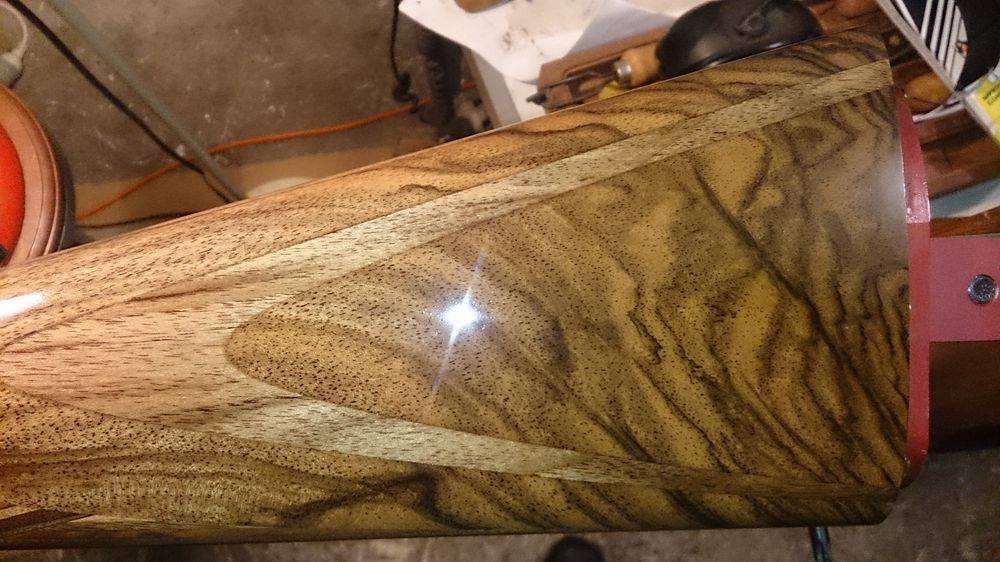 Recovery And Milling of Walnut Trees